The Lamborghini Huracan Performante, the high-power, lightweight version of the LP610-4 model, was introduced at the 2017 Geneva Motor Show in a stunning matt orange metallic called Arancio Anthaeus, the show car came with bronze finished Narvi wheels with Pirelli P Zero Corsa tires, thanks to an upgrade in power to 640 hp and a weight loss of 40 kg together with ALA, Active Lamborghini Aerodynamic, the Performante set the lap record for production cars on the Nurburgring at the time.

Naturally I had to add the Arancio Anthaeus model to my collection first when AUTOart released this model in 1/18 scale, but I always kept my eye out for this green version too, mainly because it's Verde Mantis color is just amazing, but also because AUTOart decided to go with the optional Loge wheels on this shade, which corresponds with the car used in the official press release from Automobili Lamborghini SpA. 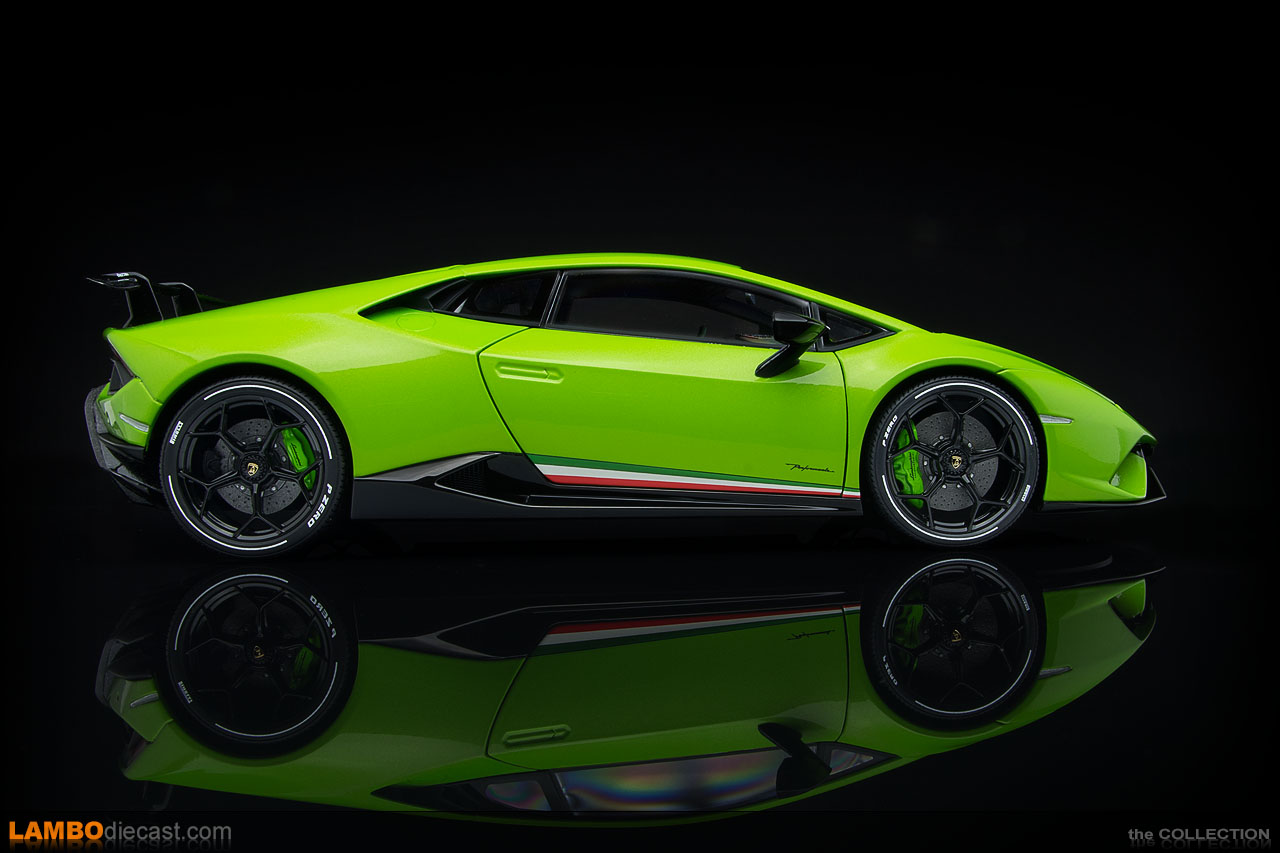 The differences between the Arancio Anthaeus model and this Verde Mantis model are the black Loge wheels with a center-lock system, the green brake calipers, and naturally a green Performante interior, complete with Raging Bull crest on the headrest.

As this is just a quick review on this specific shade, feel free to take a look at our in depth review of the Arancio Anthaeus version from AUTOart on this Lamborghini Huracan Performante.