AUTOart released the Lamborghini Urus in five different shades as a 1/18 scale model, I just had to get the white one with the black and red interior as that would be a perfect match for the white over red Lamborghini LM002 I already had in my collection, but this Grigio Titans just looked too good to pass, so I added it to my collection too.
I'm not going into all the details in this review again, if you want to have an in-depth look at the AUTOart Lamborghini Urus feel free to read my review on the Bianco Icarus one.

From the five shades, white, grey, blue, black, and yellow, I still think the white one has the best-looking interior as it comes with a BiColore Sportivo combining Nero Ade with Rosso Alala, while the four other shades come with a BiColore Elegante interior, that means the seats are the same shade all over, no two-tone. 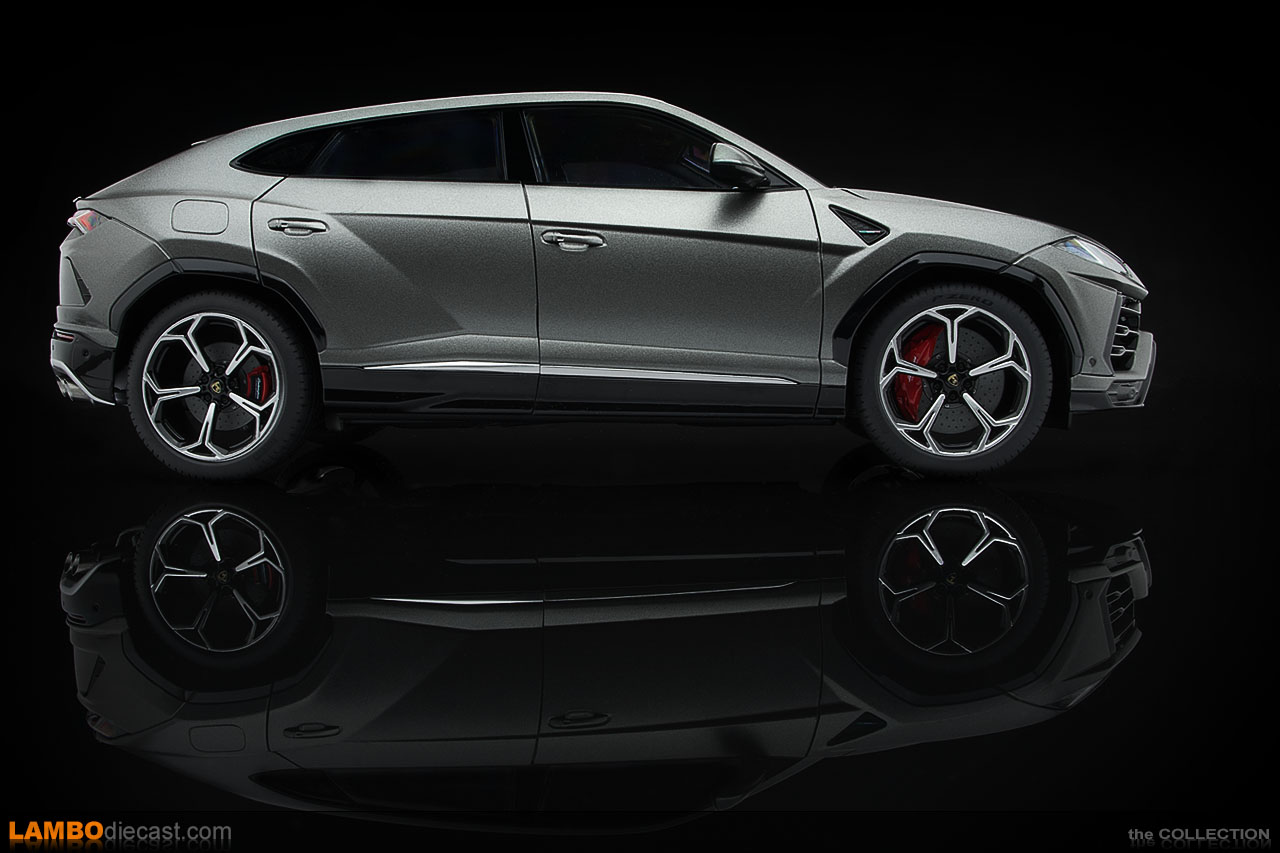 Both Nero Noctis and Giallo Auge have a full black interior, which makes them look a little boring, to be honest, the Blu Elios does come with a stunning, almost white interior, and this Grigio Titans has a luxurious looking brown interior, I think this is called the Terra Asia Vintage shade, personally, I would have preferred it to be an even darker shade of brown, or imagine a full red interior to complement the red brake calipers AUTOart opted for here.

Still, I couldn't resist adding this satin grey metallic shade to my collection, it's a perfect companion for both the Huracan LP610-4 and the Aventador LP750-4 Super Veloce I have in this shade, when putting all three cars side by side there is a slight difference in hue, however, but it is very small, I love all three of them. 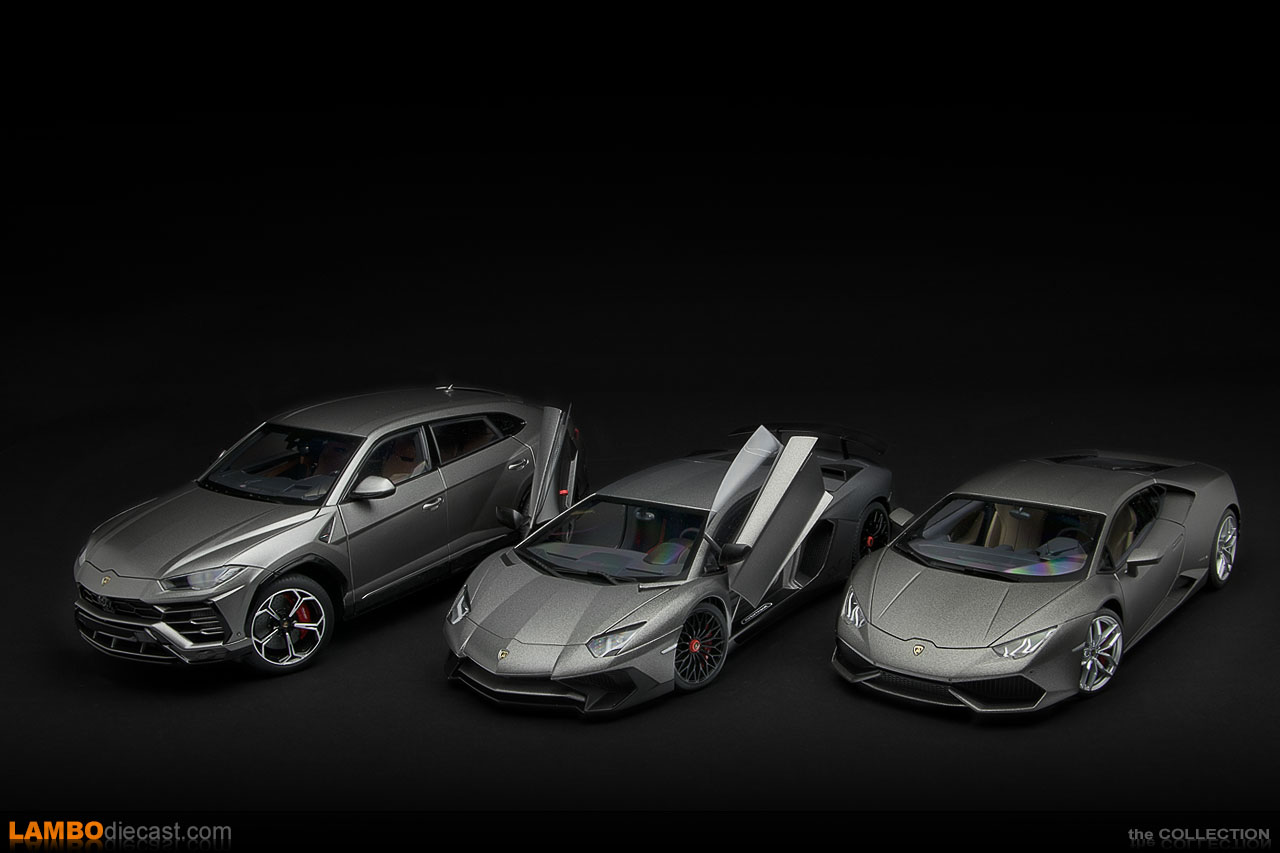 So this specific AUTOart Lamborghini Urus (item nr 79164) comes with red brake calipers behind the diamond cut 22-inch Nath wheels, apart from the brake caliper shade, all five AUTOart Urus come with the same wheels and the same silver exhausts and rear diffuser, it would have been nice if the Nero Noctis one would have all black wheel, or the Blu Elios one had the optional 'Body Color' Style package where the lower parts of the Urus and the wheel arches are color-coded to the rest of the car, a specification Lamborghini regularly used for their show car Urus in this shade of blue.

As already mentioned, the interior inside this Grigio Titans Lamborghini Urus is completely brown, the seats, the central console, the lower part of the dashboard and parts on the door panels, and just as in the Bianco Icarus shade, the optional Q-Citura is visible on the seats, very nice, I love this stitching pattern, note that AUTOart opted for black seatbelts in this version. 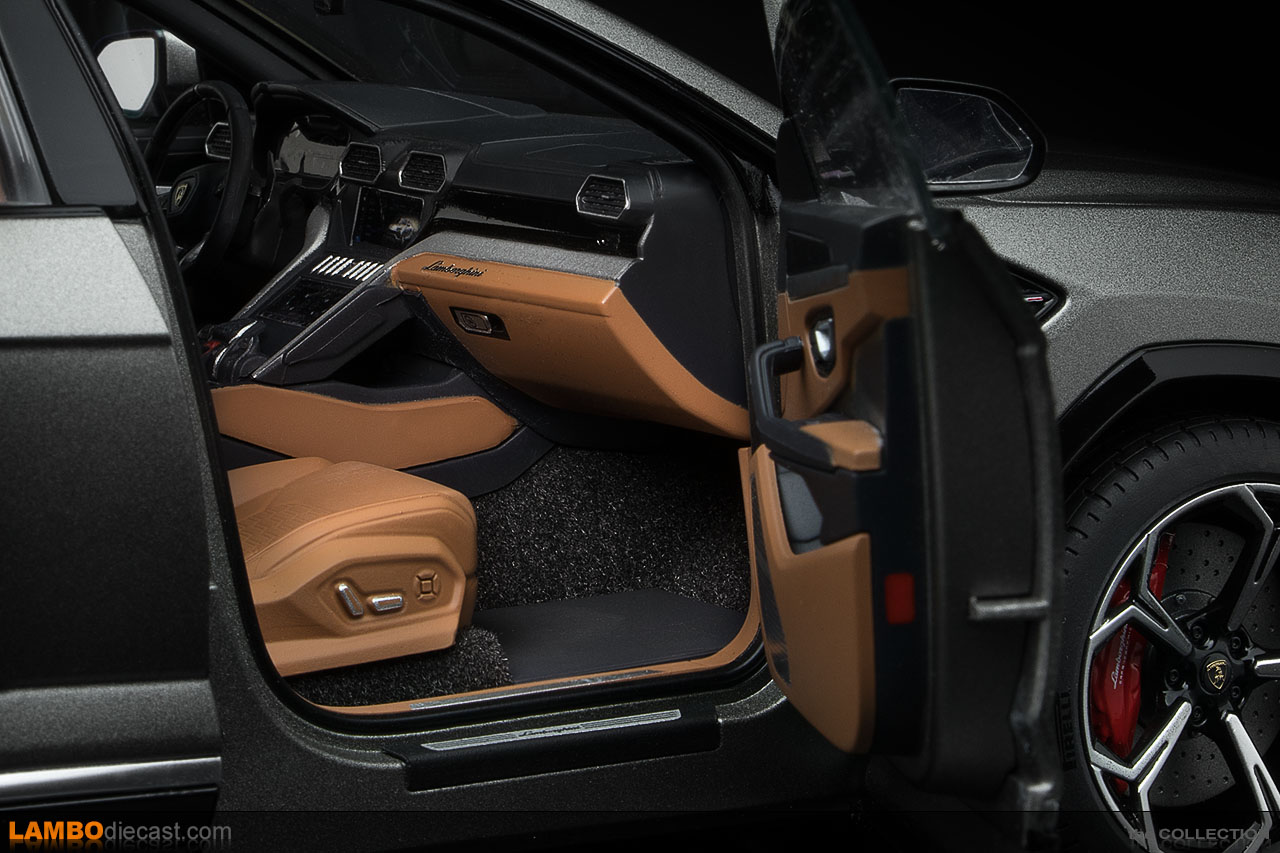 There is however something funny with the AUTOart Lamborghini Urus model, if you push on the top of the model, the suspension goes down, lowering the body to the floor, and sometimes it stays that way, as if you've put the suspension in the lowest setting possible and turned your Urus into a lowrider ... very special.

So which shade should you get on the AUTOart 1/18 scale Lamborghini Urus model? I still think the white one looks amazing with that two-tone interior and red brake calipers, also these Nath wheels look good on a white car, and the black sections work on that shade too.

But I really like Grigio Titans, and especially with this brown interior, not sure about the red calipers as there is nothing else to match with on this shade, but it's a nice contrast nonetheless so I'm not bothered by it, I also have to admit the Blu Elios looks amazing with than light interior, so I couldn't give you an answer on which one to get, it all depends on your personal preferences here. 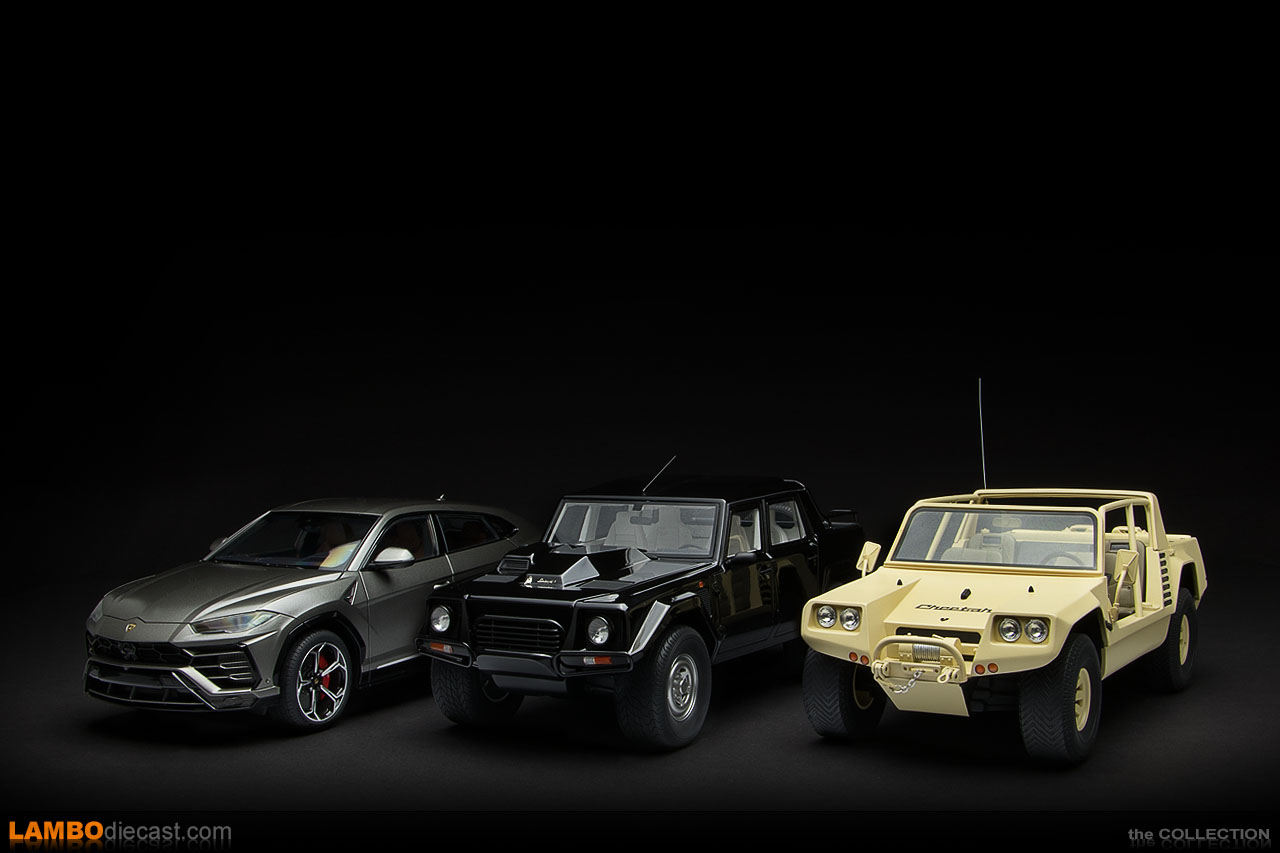