I have owned the silver metallic 1/18 scale Lamborghini Diablo SV made by Welly for many years now, later I also added their blue metallic version to accompany the AUTOart made one in the same shade, just so I could compare them side by side.

But I found out Welly also made a red Diablo SV, but it's extremely rare and I haven't found one yet, however, while I was looking for that elusive color online, I came across something else I hadn't seen before, a black one with a red SV script on the side over a light interior, that looked amazing, and I just had to add it to my collection, despite a rather high price, and the fact these Welly Diablo SV aren't that good anyway. 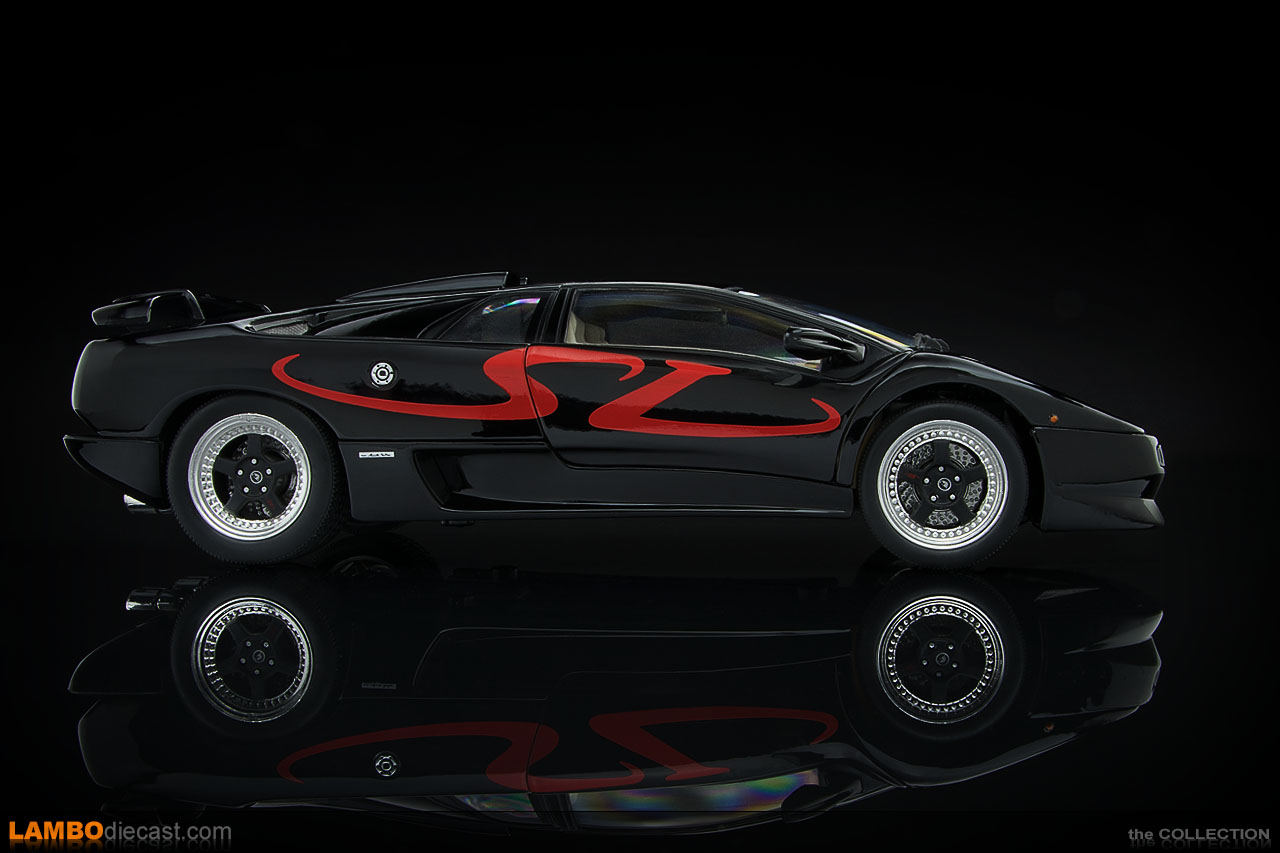 I made the seller an offer on this model, as he was listing it at an even higher price, and charged some crazy high shipping costs, so I took all of that into account and made him a low-ball offer ... which he accepted, so I ended up paying €70 for this one, shipping included.

Ironically, the Lamborghini Diablo SV was introduced back in 1995, at the Geneva Motor Show, with the SV standing for Sport Veloce at that time, and this was the entry-level model ... that's right, in 1995 the Diablo SV was the cheapest Diablo in the series, the original 2WD and the VT were both more expensive to buy.

The Diablo SV came with rear-wheel drive only, but the magnificent V12 engine did get tuned to 510 hp, with 335 mm wide tires at the rear, on large 18-inch wheels, I wouldn't recommend driving a Diablo SV in the rain without some experience, she could bite you and swing her tail around.

As a standard, the interior inside the Diablo SV came in lightweight Alcantara, leather upholstery was available as an option, and this was one of the first Lamborghini to come with embroidery on the headrest, the stylish SV script was featured on the headrests, while that large decal on the sides was usually shipped with the car, unmounted, so the client could choose if the dealer had to install it, or not ... hence several Diablo SV are around without the massive logo on the side. 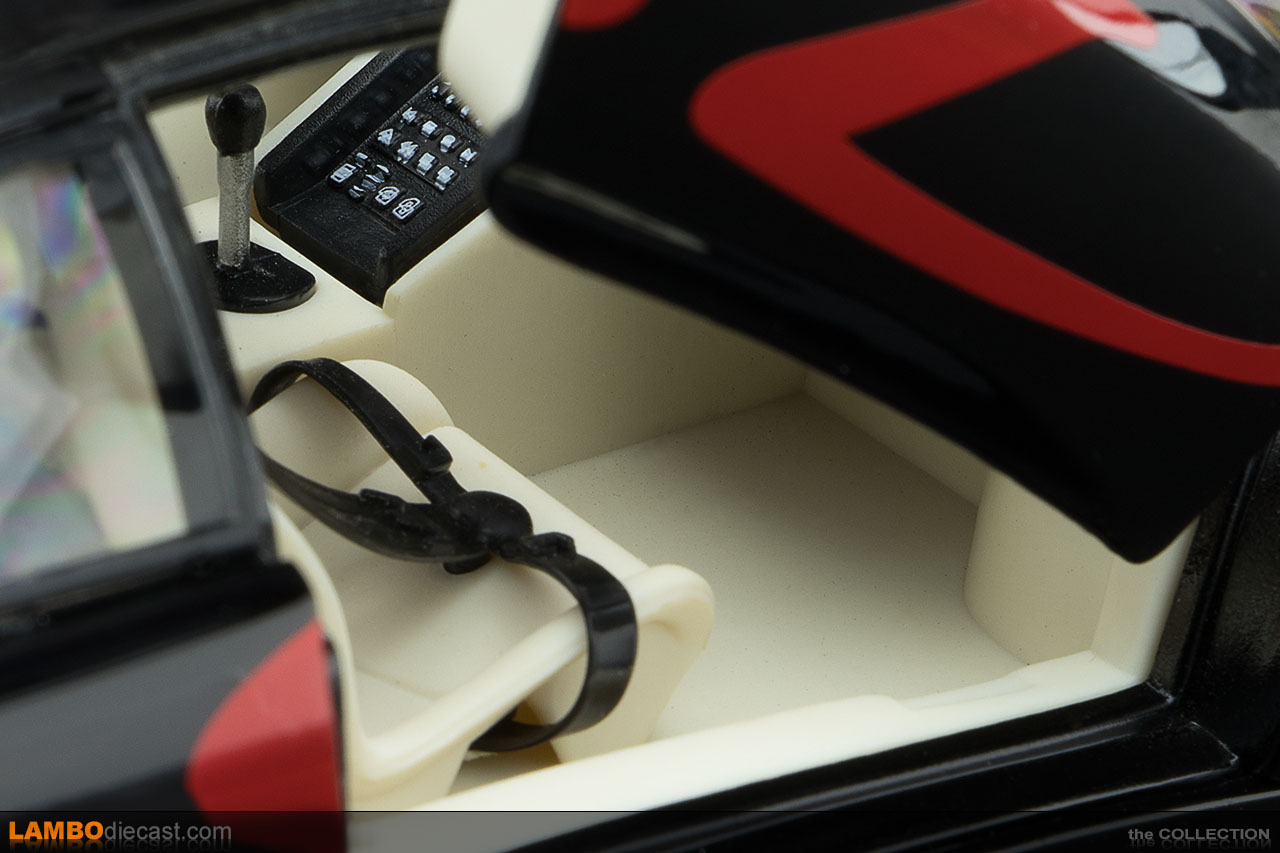 Back to this 1/18 scale model from Welly, I already knew about the flaws of this specific model, the details are rather crude, and the two biggest issues are the ride height at the front and the fact it has chrome disk brakes ... without calipers!

But these Welly made Lamborghini Diablo SV are a nice, and usually a much cheaper alternative to the sought-after AUTOart version, while the Maisto 1/18 Diablo SV is more a replica of the SV-R race version, and it's even worse than this Welly model, so just avoid the Maisto one all-together.

I think the large SV on the side of this black Lamborghini Diablo SV in bright red looks just right, it could have looked even better with a red interior to match the script, but that's an easy fix if I wanted to, so, all in all, I'm rather pleased with this model in my collection ... but I'm still on the hunt for a red one nonetheless.