When I heard Maisto would be releasing the new Lamborghini Countach LPI 800-4 supercar on a 1/18 scale I couldn't get my order in fast enough, I found it listed as a pre-order on a German website, ordered it, and started waiting for the initial release, being the Bianco over Rosso color combination, just like the car Lamborghini unveiled during Monterey Car week in 2021.

Weeks went by, and I found out an Italian-based dealer convinced Maisto to do two shades on an exclusive agreement with them, a very nice, warm yellow, similar to the actual Countach prototype from the Seventies, and an amazing-looking dark red metallic shade ... save to say I just had to get those two in the collection too, I managed to locate them just a little cheaper from a reseller local to me, so two more orders later and I'm now waiting for three 1/18 scale Lamborghini Countach LPI 800-4 from Maisto. 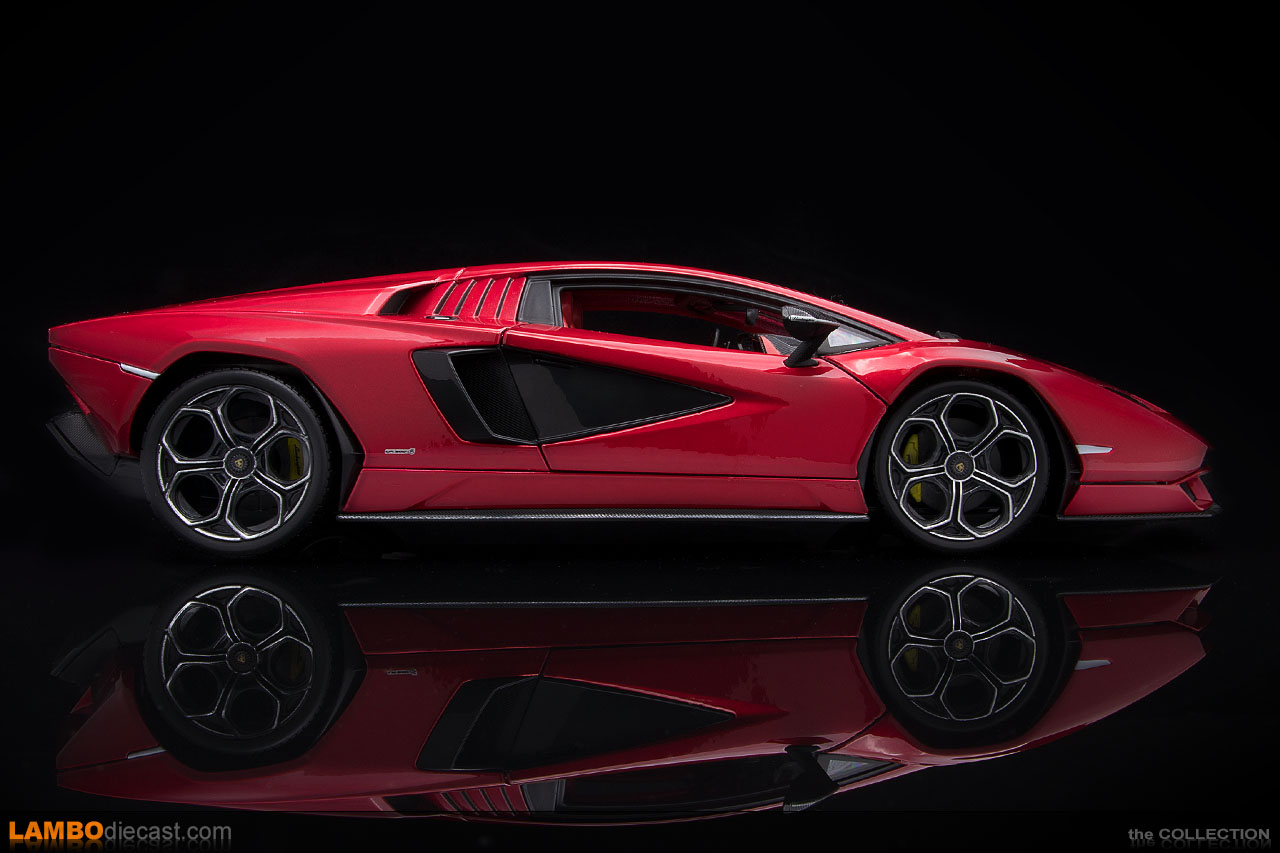 In the end, MR beat Maisto to the finish line, and I received my absolutely stunning 1/18 scale Countach LPI 800-4 from MR in late August 2022, about a week later the two limited-edition Maisto models also arrived, both limited to 1,500 units, packaged inside a Maisto labeled box that looks really close to a Bburago box ... but no side windows, while the 'samples' shown did come with them, a bit of a letdown, to be honest.

Some might think a dark red metallic car with a red interior is just too much red going on, but I have to admit it looks amazing in this color combination, keeping in mind it's still a Maisto, so the paint does show some flaws on the panel edges, but that's fine, at this price these models are really amazing value for money.

There is one odd detail to be found on both this red one, and the yellow counterpart, if you take a look at the brake calipers you'll notice this red car comes with yellow calipers, while the yellow car has red calipers ... did Maisto make a mistake here during fabrication, or is this as ordered, I don't know, but it looks strange to me, so much so I'm contemplating to switch the bases between the two and even customize the yellow one, but more on that in her review. 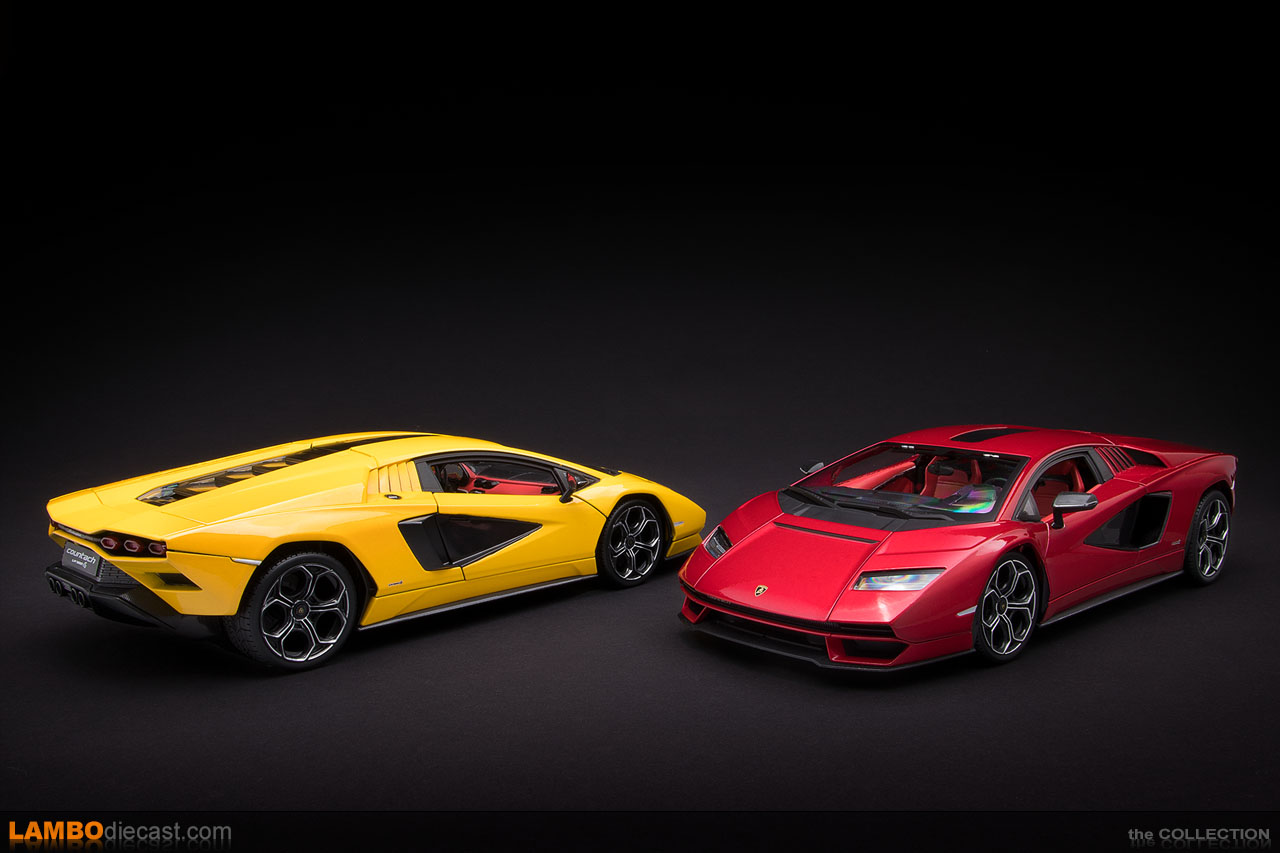 I for one love these Maisto models, they don't cost too much and still have a really nice shelve presence, I would be even happier if they came with side windows like the Bburago Sian models, but it seems only the Chinese versions, like this black one here, come with those windows, for the European market they couldn't be bothered it seems.