The Lamborghini Centenario was created to honor the 100th anniversary of the late Ferruccio Lamborghini, born in 1916, he sadly passed away in 1993, but the automotive company he left behind released a limited edition supercar in 2016, first as a Coupe at the Geneva Motor Show, finished in exposed carbon fiber, later that year, in August during Car Week in Monterey, Calfornia, the Centenario Roadster was unveiled.

With a limited production run of only 20 units of each, the Centenario became an instant collector's item, the styling might not have been to everyone's liking, but despite being based on the current flagship V12, the Lamborghini Aventador, the outside looked completely different, and just like the Aventador J and the Veneno Roadster, this new Centenario Roadster didn't have any kind of roof supplied, these are true Barchetta models without a soft top.

The Centenario LP770-4 Roadster used for the official unveil and featured in the Automobili Lamborghini SpA press release was finished in a new shade called Argento Centenario, a satin-finished silver metallic with a blue hue in it, very nice indeed, especially when combined with a Terra di California interior showing Bianco Polar details, AUTOart made this version too, and it surely is a must-have model in my collection. 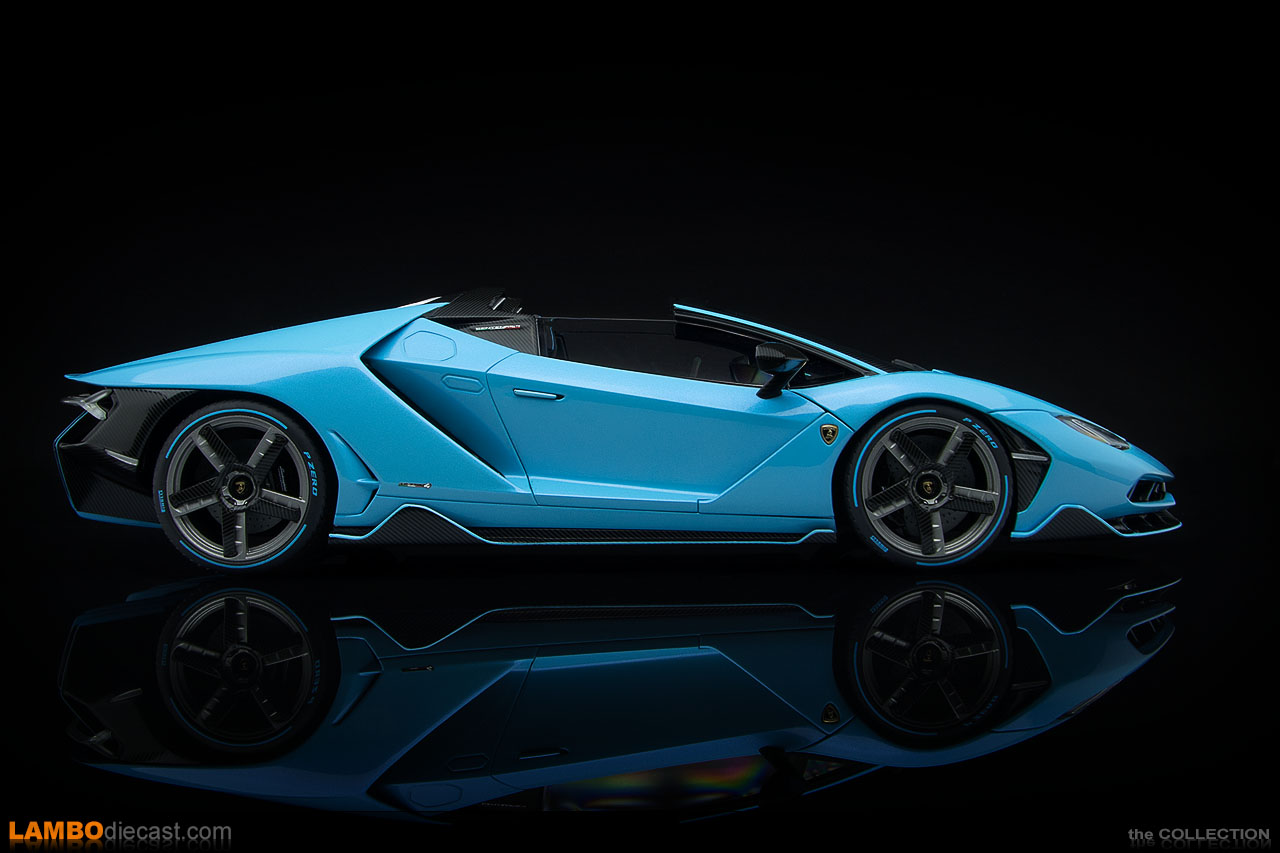 AUTOart had already released four different shades on their 1/18 scale Lamborghini Centenario Roadster model, these were Argento Centenario, Verde Scandal, Giallo Inti, and a clear carbon fiber one with yellow details. I was fortunate enough to be able to get all four in my collection, and these don't come cheap, only to learn AUTOart decided to release two more shades, a stunning Rosso Effesto which isn't available yet at the time of writing, and this bright blue metallic one, called Blu Cepheus.

I also have the AUTOart 1/18 scale Lamborghini Centenario Coupe in Blu Cepheus in my collection, so it made sense to add the Roadster counterpart too, especially if I want to keep the collection of AUTOart Lamborghini models complete, but there are some subtle differences between the two.

The interior looks more or less the same on both models, with black or dark grey carbon-fiber lightweight sport seats featuring the bespoke Centenario pattern in light blue, complete with blue piping on the seats and headrest, and naturally the Raging Bull crest on the said headrest in the same blue. 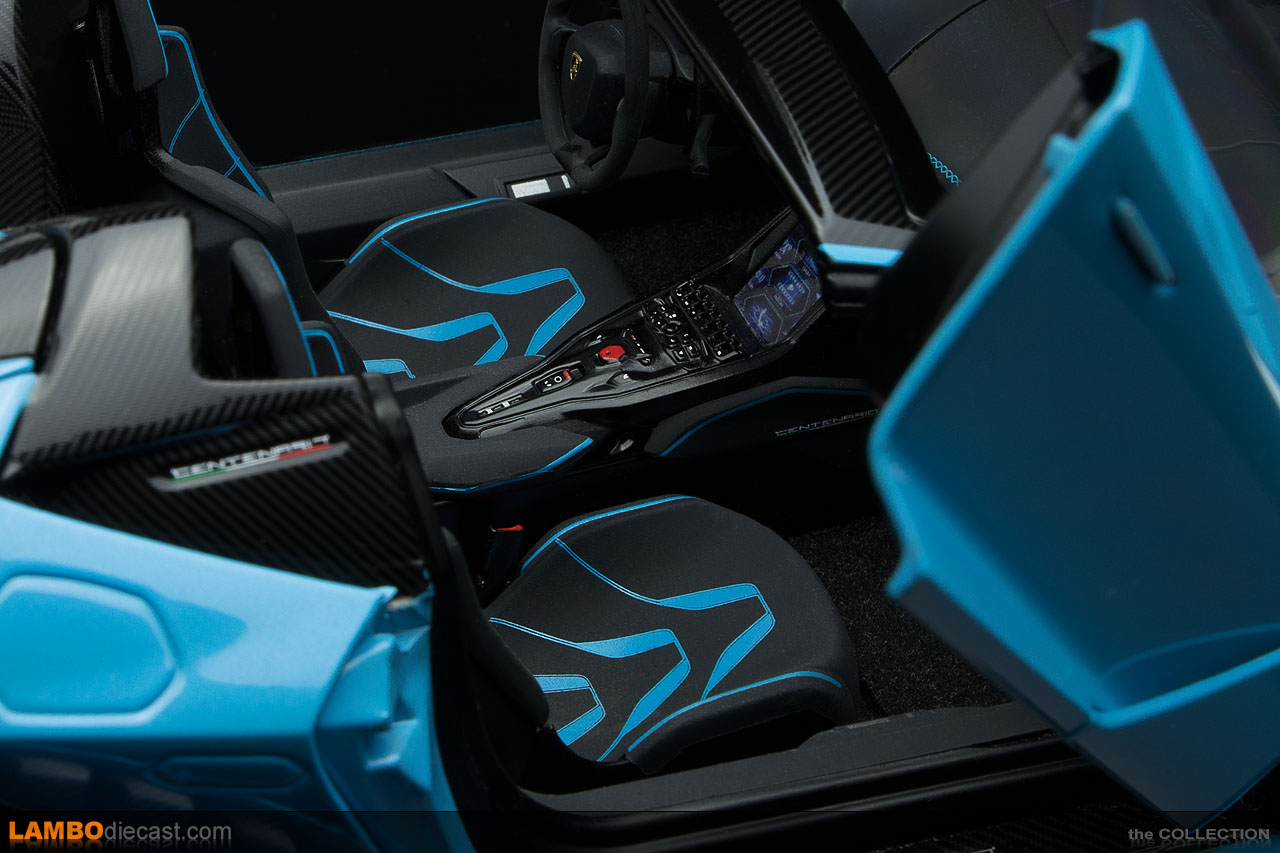 On the door panels, we find the blue ribbon to pull the door down when open, but also another small blue piping and even the amazing-looking cross-stitching pattern on the insert, while the rest of the panel is clear carbon fiber.
The dashboard pod and steering wheel also feature a dash of light blue details, while the central console and dashboard itself come with blue piping and cross-stitching again, the 'Centenario' script is proudly displayed on the central console too.

The biggest difference between the AUTOart Centenario and Centenario Roadster, apart from the roof that's missing, is the wheels, on the Coupe, we find stunning black wheels with yellow Pirelli script on the tires, while for the Roadster AUTOart opted to go with a titanium look for the wheels and color-coded blue Pirelli PZERO writing on the sidewall ... both come with black brake calipers.

This new release from AUTOart on the very rare Lamborghini Centenario Roadster does look very nice in this Blu Cepheus shade combined with this interior, the lower sections show clear carbon fiber with a thin stripe of Blu Cepheus, which in my opinion looks great, you don't always need to make those aero part in one solid color, this stripe with the visible carbon fiber it all you need.